Learn to photograph the night sky like a pro! Starry skies, star trails, the aurora, even shooting stars and satellites like the International Space Station are easy to photograph with NightCap Camera.

For best results, use a tripod. Even a cheap smartphone tripod will be fine. If you haven’t got one, you’ll need some way to hold your iPhone in place while you take photos. 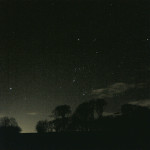 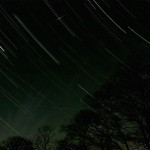 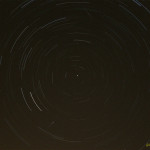 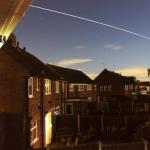 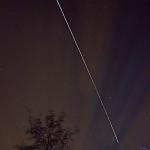 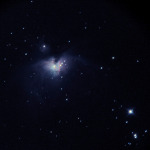 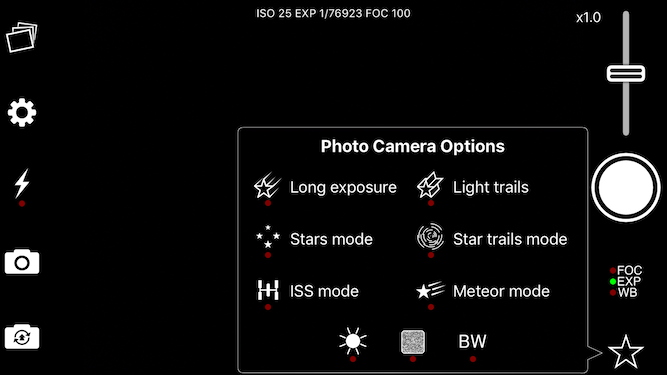 To access the special modes make sure you’re in photo mode and not video or time lapse, and tap the Star button:

This will open the Photo Camera Options panel.

To photograph the stars, simply turn on Stars Mode. Stars Mode sets the camera up for you with the best settings for stars, so all you need to do is put your device in a tripod or a firm position pointing at the part of the sky you wish to photograph and tap the shutter.

After pressing the shutter the app will start a 3 second timer (to avoid blurring if you move the device slightly when tapping the button), then it’ll take a 10 second exposure. Wait until you hear the shutter sound or see the shutter button go from red (capturing) to white (ready).

Here’s an example of what’s possible: 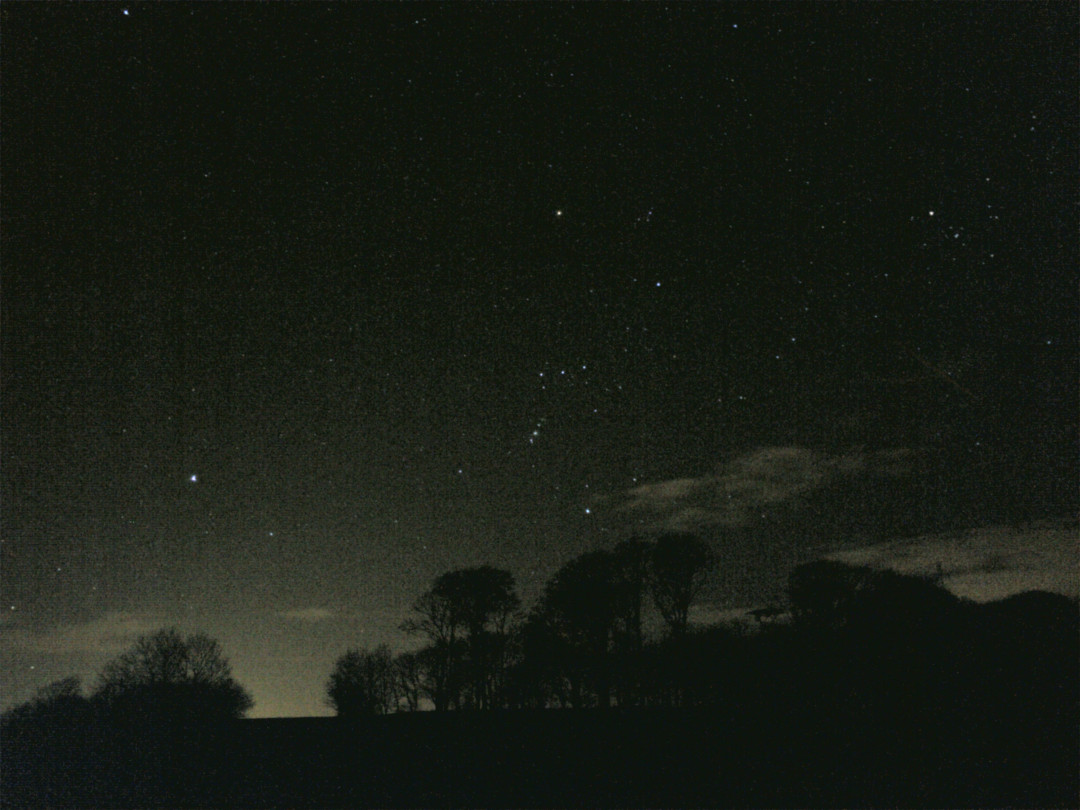 Capturing star trails is easy, all you need to do is turn on Star Trails Mode, tap the shutter button once to start capturing, then wait at least 15 minutes before tapping the shutter again to save the photo.

The longer you wait, the longer the trails will be – you can see them forming on screen. This is a 90 minute photo, pointing north (the star in the centre of the circles is Polaris, the Pole Star): 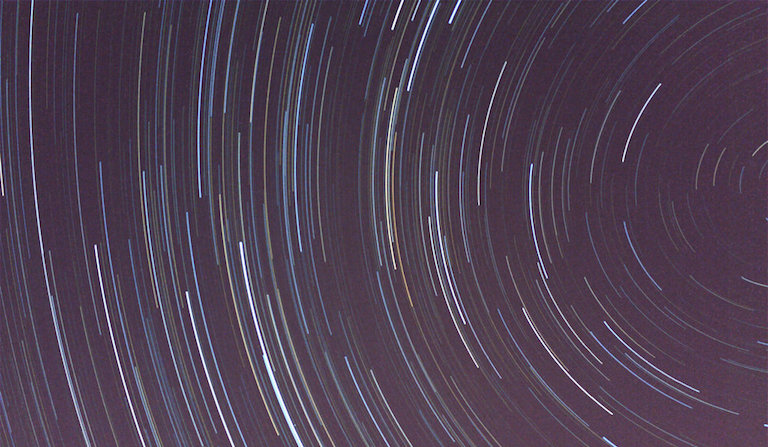 We now have a dedicated Aurora tutorial (tap here to open).

Meteors (or shooting stars) are also easy to photograph, especially during a meteor shower. There’s plenty of information on viewing meteors and an excellent timetable of meteor showers at Meteorwatch.

To photograph meteors, just turn on Meteor Mode, point your device at a clear patch of sky, and tap the shutter button. The app will take a photo every 5 seconds until you tap the shutter again to finish.

While it’s capturing, the app will automatically scan every photo for potential meteors. It rejects any that are ’empty’ and saves the rest to the camera roll. You can then review the photos to see what it caught.

Please note that Meteor Mode will save quite a lot of photos (typically between 30 and 150 per hour, depending on sky conditions). A clear, dark, starry sky will give best results, while trees and planes will result in more photos being saved.

Here are some meteors captured with Meteor Mode:

You can learn more about photographing shooting stars in our Meteor Shower tutorial.

Many satellites orbit the Earth and can be seen easily at night – they look like a moving star, and don’t flash like a plane. The biggest, brightest and best known is the ISS (International Space Station).

There are some good sites and apps that will show ISS (and other satellite) viewing times for your location: 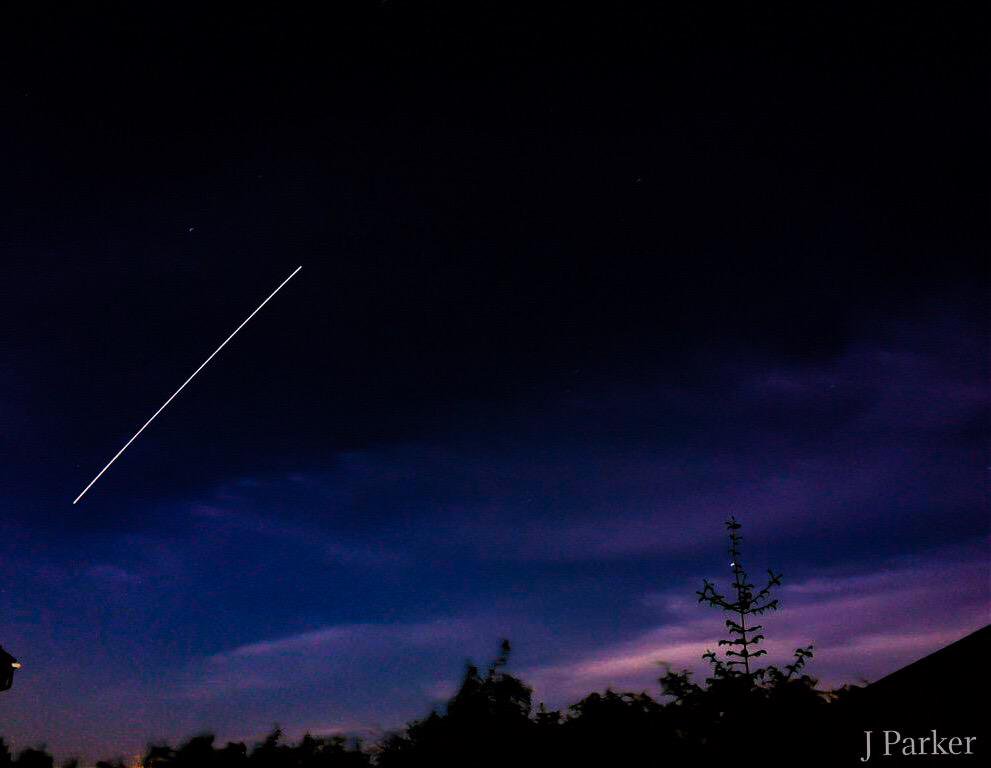 7 Using NightCap Camera with a Telescope

It’s possible to take great photos using Nightcap through a wide variety of telescope equipment. You can find an excellent and very in-depth guide to using the app with telescopes and night vision devices (NVDs) written by Ray Taylor here:

iPhone astrophotography through a telescope with NightCap Camera

Not got NightCap Camera yet?